Halloween at the farm

Posted on October 31, 2007 by Donna
Halloween at the farm 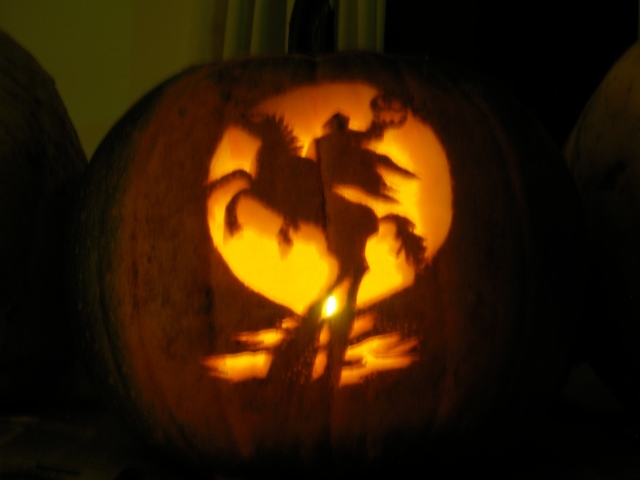 So this Halloween I trimmed donkey hooves for the first time since my farrier took off for a year long sailing odyssey. I also trimmed all the goat’s hooves.

Thanks to Cody’s escaping we now have 5 unplanned fall kids and two more does looking mighty pregnant. After these ones deliver there’s another possible round on or around November 18th. He’s quite the little houdini. In fact, he’s the only goat I couldn’t catch to trim hooves today. I’ll have to get Tom to help me catch the little horn dog.

We had a bumper crop of squash this year including the biggest pumpkins I’ve ever had. I carve three out- this is one of them. I placed them on the driveway like I do every year, but this year the dogs took a lid off, ate up the candle and knocked in the castle design on another pumpkin. So I had to save the pumpkins and put them on the back porch. Not quite as dramatic when lit up at night, but it’ll have to do.

Tonight we’ll be bottling our first batch of cider. It’s stopped fermenting so it’s time! Not too bad for a Halloween on the farm!