I had sort of a staycation last week while Tom was on a motorcycle (ADV) trip to Utah.  I meant to do some things I never seem to have the time to do.: local activities, spring cleaning, reading, fiber arts, and cooking.  Plus I had to try to nurse a dying cat, and I had to work one shift right in the middle of my week.

One of the first things I did was take the train to Tacoma to see an exhibit at the Washington State History Museum on Japanese Americans in the South Sound.  My mother joined me.  The exhibit was interesting and educational although smaller than I thought it would be.  This is a depiction of the concentration camps made by a detainee at the time.

Also at the museum was an absolutely amazing model railroad. 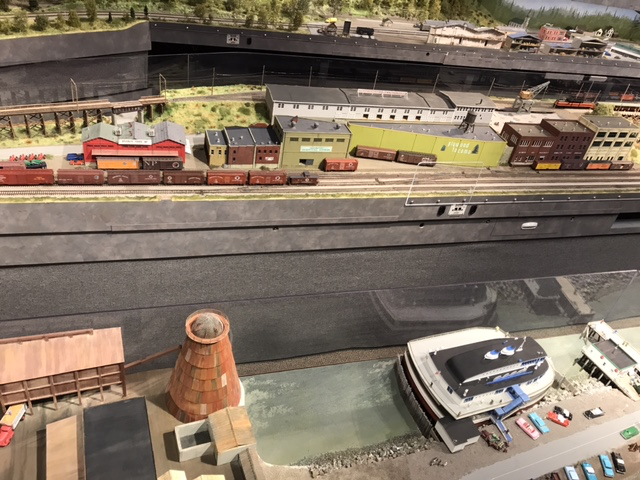 We had a nice crepe lunch near the museum and then visited the glass museum.  On the way home I was treated to a sunset over the sound while eating dinner and sipping wine.  Nothing better.

The next day it was time to shear the old sheep.  I couldn’t shear them with the rest of the sheep as it was too cold and stayed too cold until the staycation.  So time was of the essence or they could get overheated.  Here are two of them after their haircuts.

Thankfully I had an appointment with my massage therapist the next day.  Then I took the dogs to a leash free park on the sound.  Rocky especially enjoyed walking around the beach and surf.

I did get some knitting done on the train and some spinning done on the back porch.  Not as much as I had hope for but some anyway.  I also mailed off most of my good wool fleeces to be made into rovings and yarns. 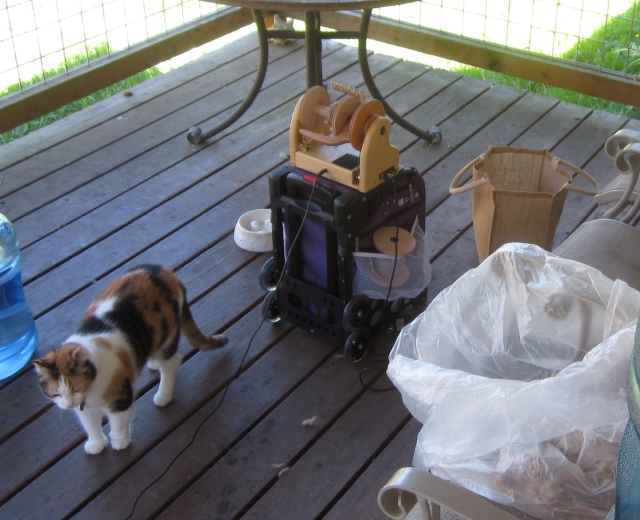 spinning on back porch

I visited my friends John and Tina on a sunny Saturday and got my lamb fix in.  They have the most beautiful lambs (many of which are for sale!) and it was really hard not to take a couple home.  We had a nice chat on their deck enjoying the weather, John’s gorgeous landscaping and birds.

I also tried to save some tadpoles.  Here are eight and there was another 20 I relocated from a drying up muddy area to our ditch line.  Hopefully they will make it.

I also cooked like crazy, making things Tom wouldn’t like but I do.  The successful recipes are listed at the end.  The grand finale were making a timpano and tiramisu.  The timpano was an epic three day adventure (buying ingredients, cooking the ingredients and then assembling and baking it). 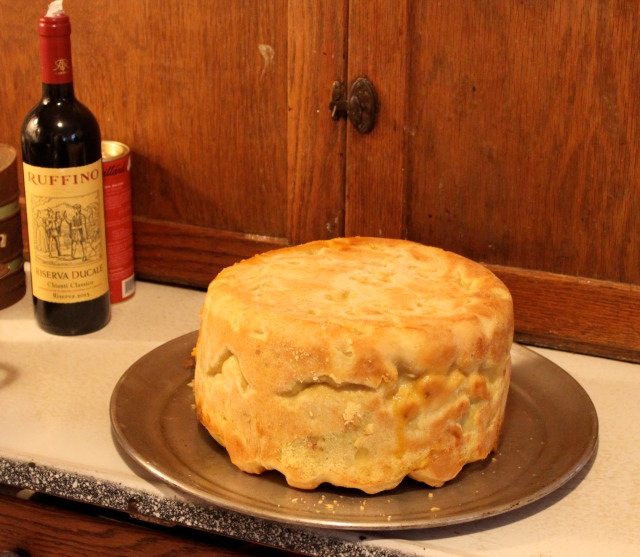 I am in constant search of the best tiramisu.  This recipe looked quite promising but I substituted and somewhat ruined it.  The recipe called for mixing cold espresso with coffee liqueur.  Not having an espresso machine, not wanting to use instant espresso and not feeling like I had the time to drive to an espresso stand to order some, I decided to substitute espresso liquor for the two ingredients.  It was way too strong and used up most of the bottle of liquor!  I will keep the recipe and try again later.  And continue my search for the perfect tiramisu (on the bucket list).

https://cooking.nytimes.com/recipes/12799-timpano-alla-big-night (this is a substitute recipe as mine is not longer online.  Mine and bolognese in it too)

PS We have plenty of leftovers now!